Northern Road is a major transport route in the city it was built originally built in 1927 but was nearing the end of it’s working lifespan and needed replacing. An inspection revealed the condition of the bridge to be very poor.

Northern Road Bridge is owned by Portsmouth City Council and carries the A397 between the M27 and the A3 over the railway at Cosham. Northern Road is a critical route for buses and commuters carrying approximately 60 buses per hour in either direction and more than 1,500 vehicles an hour at peak times. It is a crucial link between the north and south of the city and provides vital access to many essential facilities including Queen Alexandra hospital.

The bridge needed replacing because the concrete covering was failing meaning lumps could have fallen onto the railway, the walls on the side of the bridge were not strong enough to withstand being hit by a vehicle, only two of the original four lanes could be used and if it was not replaced it could have worsened and have to be closed indefinitely. Work to replace it began in September 2012 and was completed in February 2014. 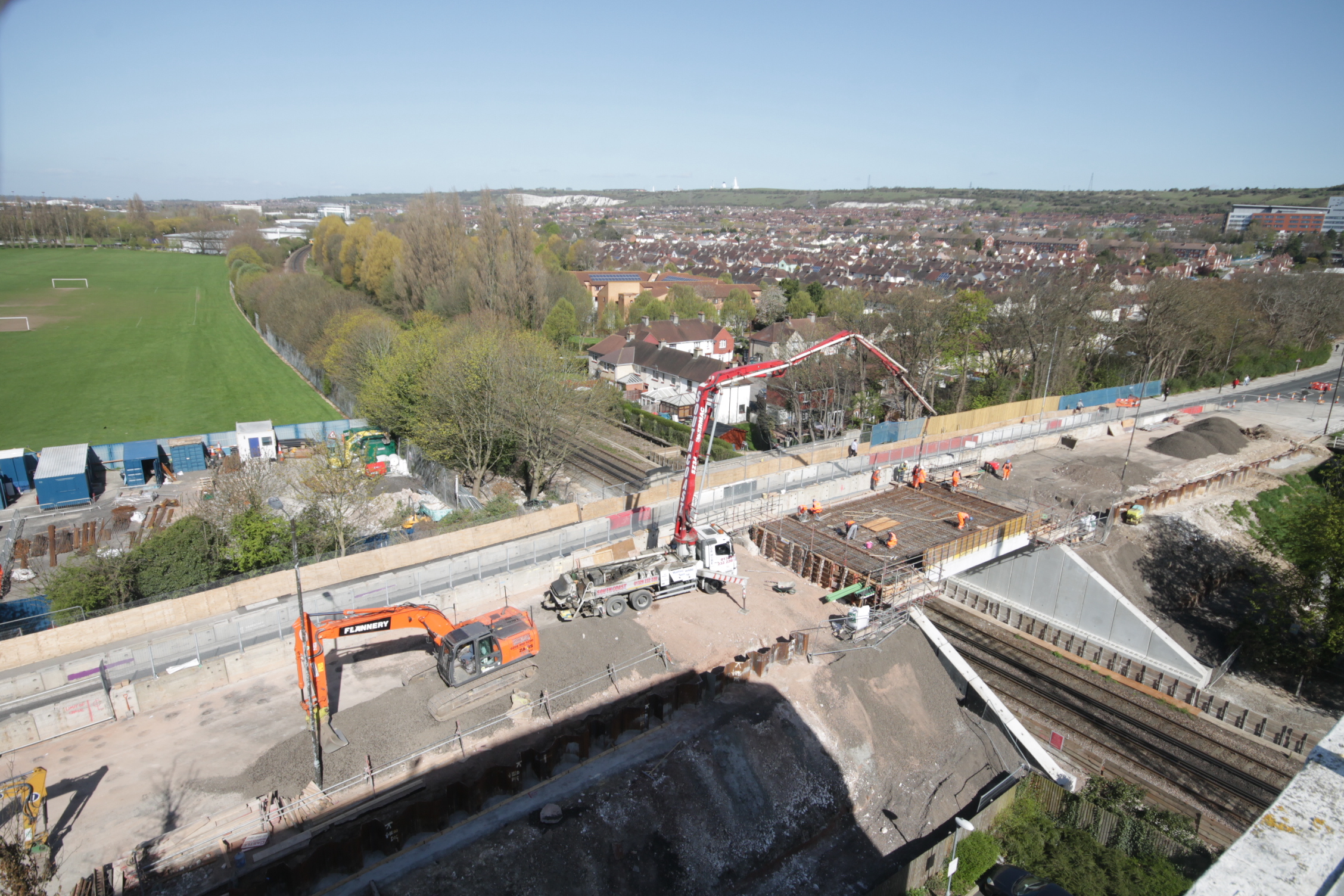 We successfully bid for £11.1m from the  Department for Transport (DfT) to replace the bridge to go with £1.5m of council money. Our contractor Osborne developed an innovative way to demolish and replace the old structure in stages to minimise disruption to traffic and the utilities running through the bridge.

General traffic was able to use the bridge for all but 19 weeks of the project, during which we were still able to allow access to emergency services, buses, taxis and some other public service vehicles. To help keep traffic flowing in the area a one-way system was introduced in central Cosham, subsequently this was made permanent as part of a project to improve the central Cosham area.

We appointed artist Elaine Tribley to produce artwork to go on the new bridge, to find out more about her work and how she developed it with the community follow this link to her dedicated Northern Road bridge artwork website. 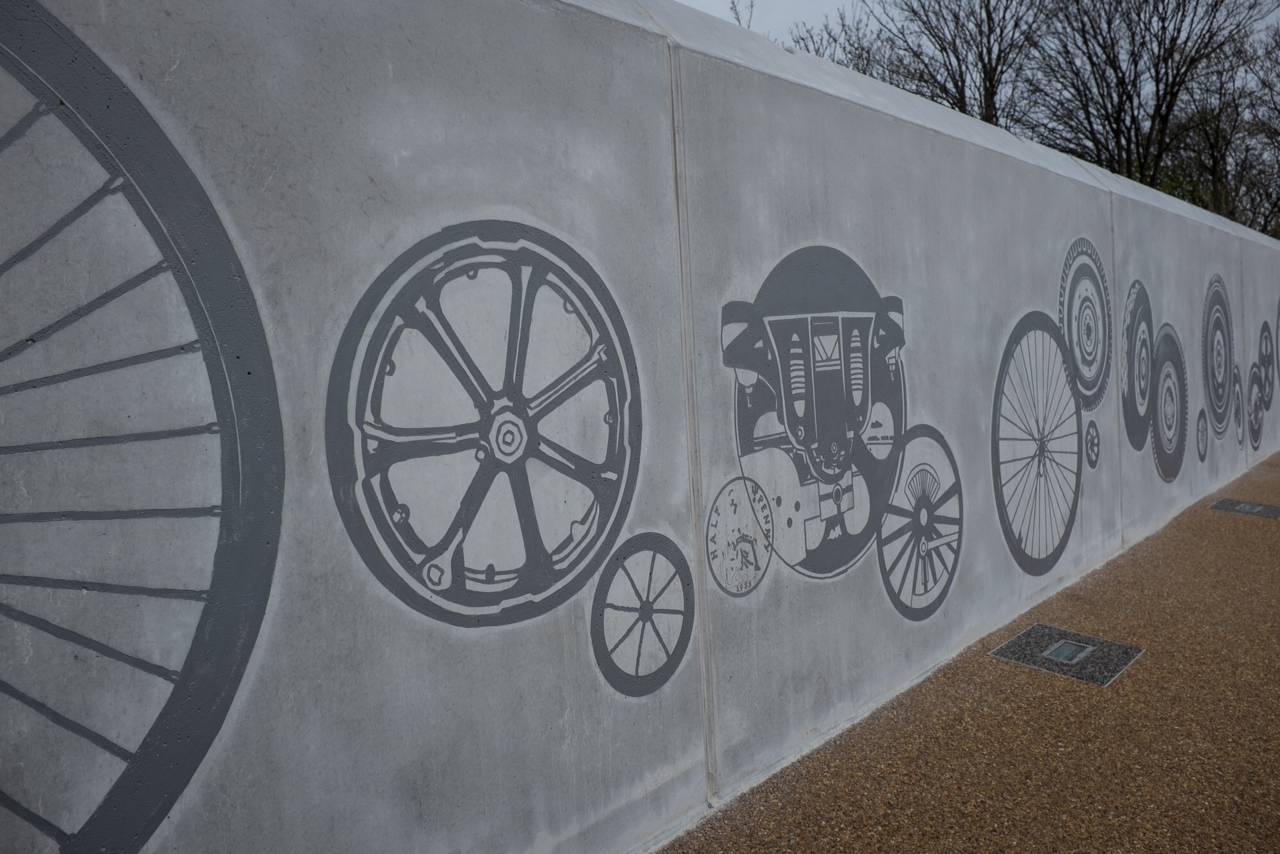 Through this project we’ve delivered a variety of benefits to the area and city including: